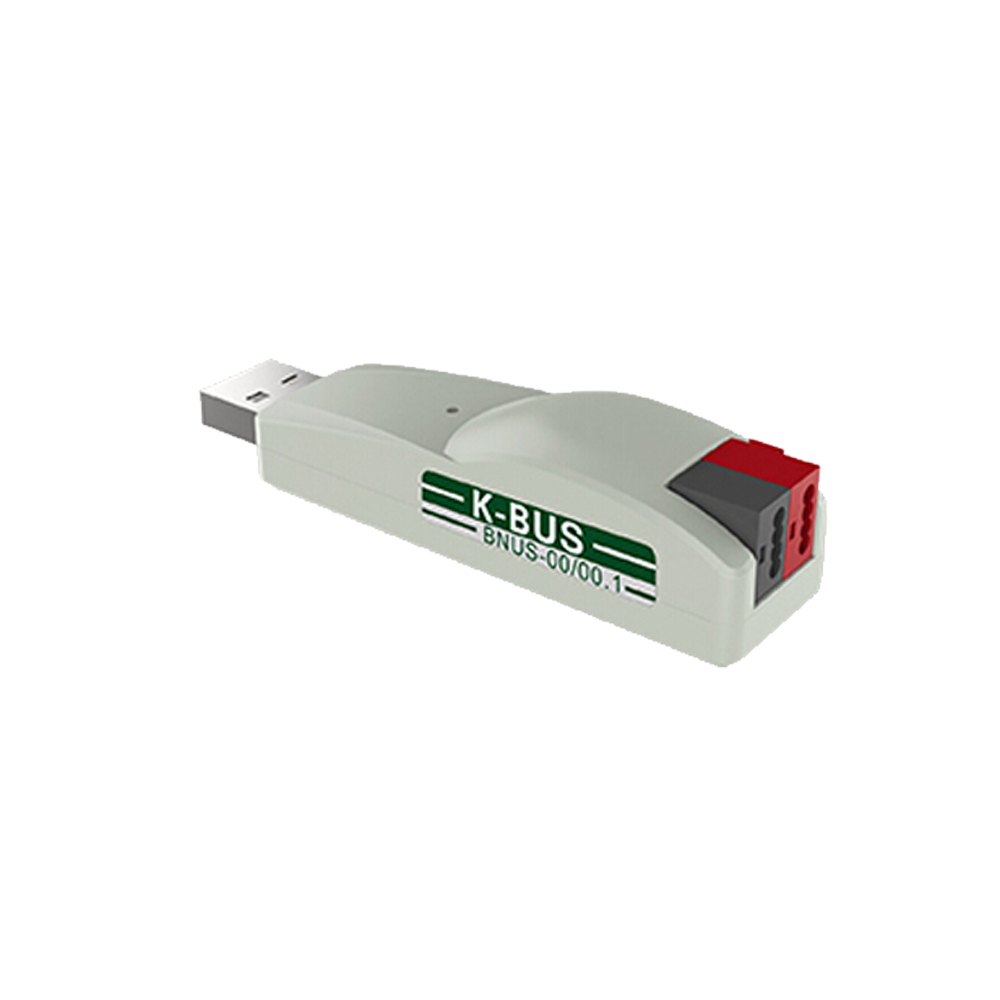 DESCRIPTION
The KNX USB Interface is designed for an intelligent building control system, which is used for facilitating communication between the PC and the KNX system. The KNX USB Interface connects a PC to an EIB/KNX system via a USB socket type A in the front and a USB interface extension cord, in order to configure, parameterize and commission the EIB/KNX installation as well as bus monitor using the ETS (ETS3 or later) software. In the case of EIB bus length enough, the USB interface extension cord is not necessary. The maximum communication distance is 5m between the PC and the communication interface. The communication interface of the KNX USB Interface is a USB standard 2.0 type A, and uses a standard USB connection way with a PC. And the bus connection is done via a bus connection terminal at the front, and the device is provided power supply from the USB and bus. The KNX USB Interface has not an application program, but it is able to use the Engineering Tool Software ETS (ETS3 or later) to allocate the physical address. The factory default physical addresses are 15.15.255.